Most people, in my experience, latch onto the marketing appraisal figure that the Estate Agent (i.e. the person trying to sell the property to them) has on their details.  Below, in summary form, I’m going to give you 5 reasons why I believe you should ALWAYS disregard this figure.

These are merely my thoughts and the above should be taken as guidance only, not all and I can’t say for certain any, agents act as outlined above as such practices are by default kept under raps.  Any that do are the exception and would I’m certain be frowned upon by reputable Estate Agents, i.e. those whom are members of a particular Trade Association or similar.   For legal reasons I state the following: This article is saying what could happen rather than what does and is not intended, whether by expression or implication, to be taken literally and used to form an opinion on one or any Estate Agent. You should always seek the advice of a suitably qualified Chartered Surveyor before making any decision in respect of buying, selling, leasing or otherwise dealing with property. 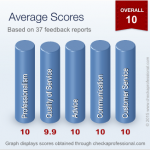 What factors could affect the sale price of your property?Are rewireable fuses illegal?